Updating the sheath of BushProwler!

I´ve been thinking for a long time to change the BushProwlers sheath a bit. I´ve been asking opinions from my customers from all  around the world too.
As you know there is this snap in the sheath. That´s not a real problem but I want to give you also this other choice.
The idea of having this snap is because it´s so easy to take knife from the sheath just by opening the snap.
Problem is that the snap might open if you fall or jump or run etc.
Even the blade of BushProwler is quite wide, it´s still possible to make the sheath sewing the side seam all the way to up. 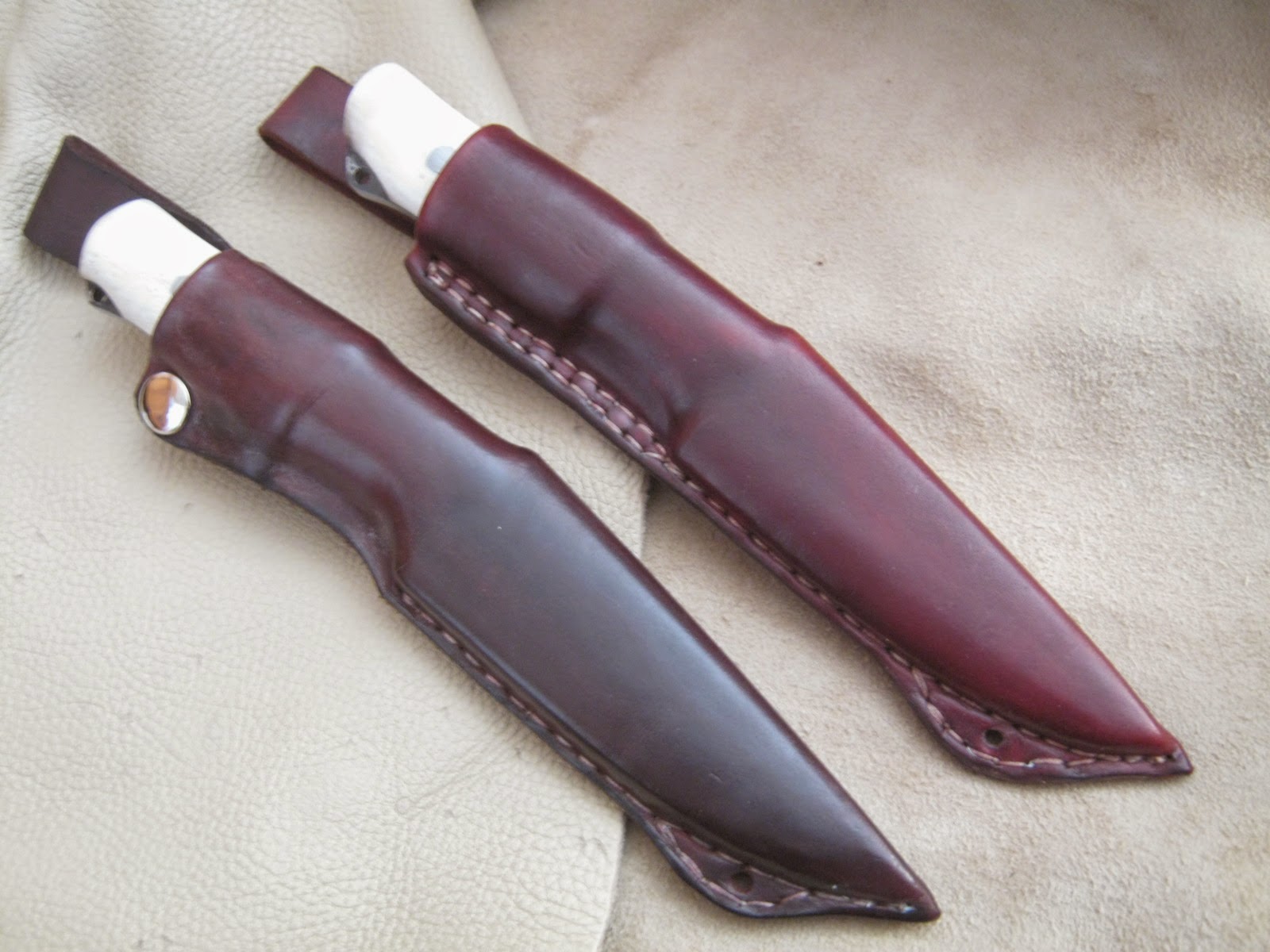 There is double sewing in the upper part oh the sheath. 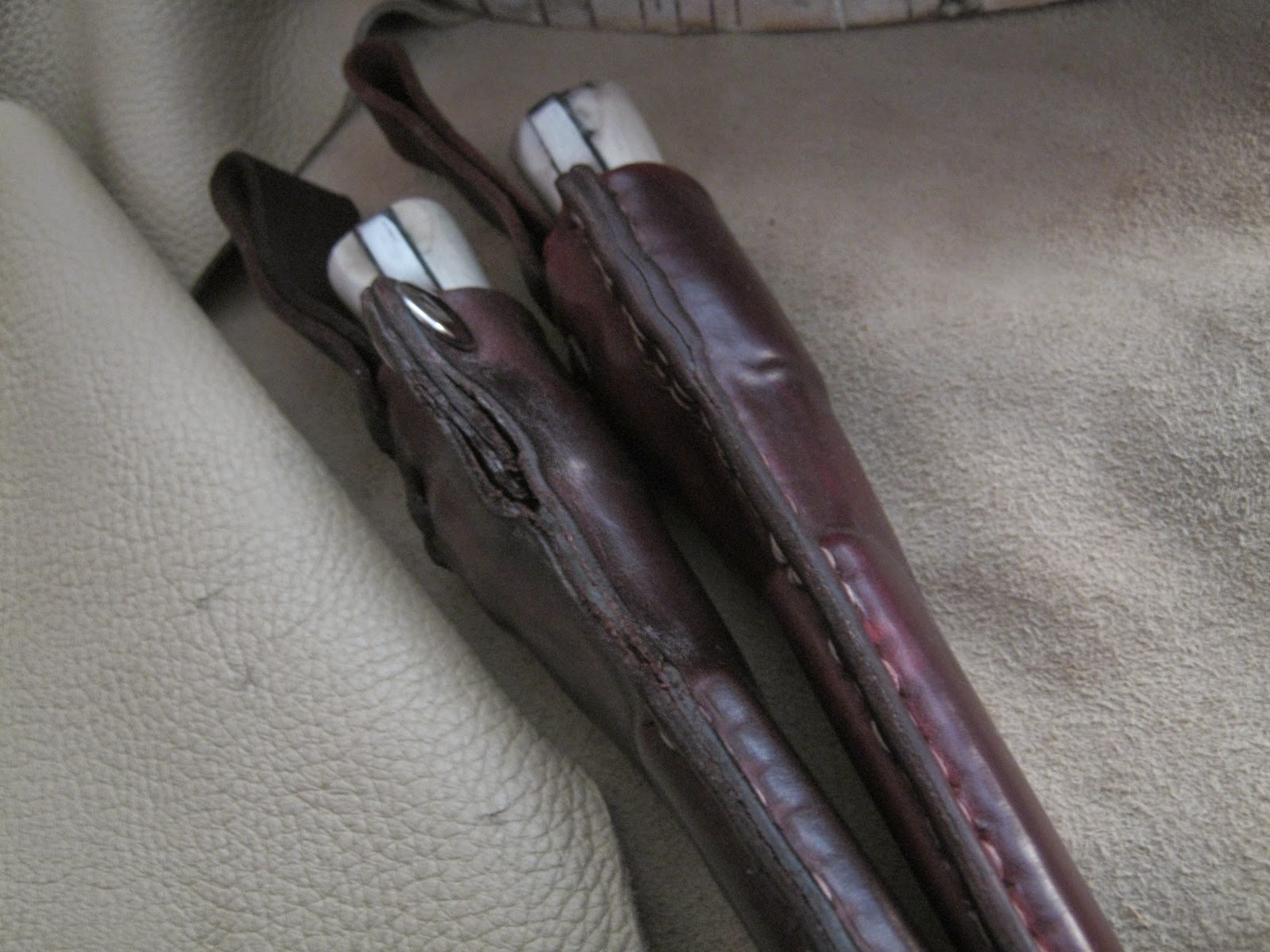 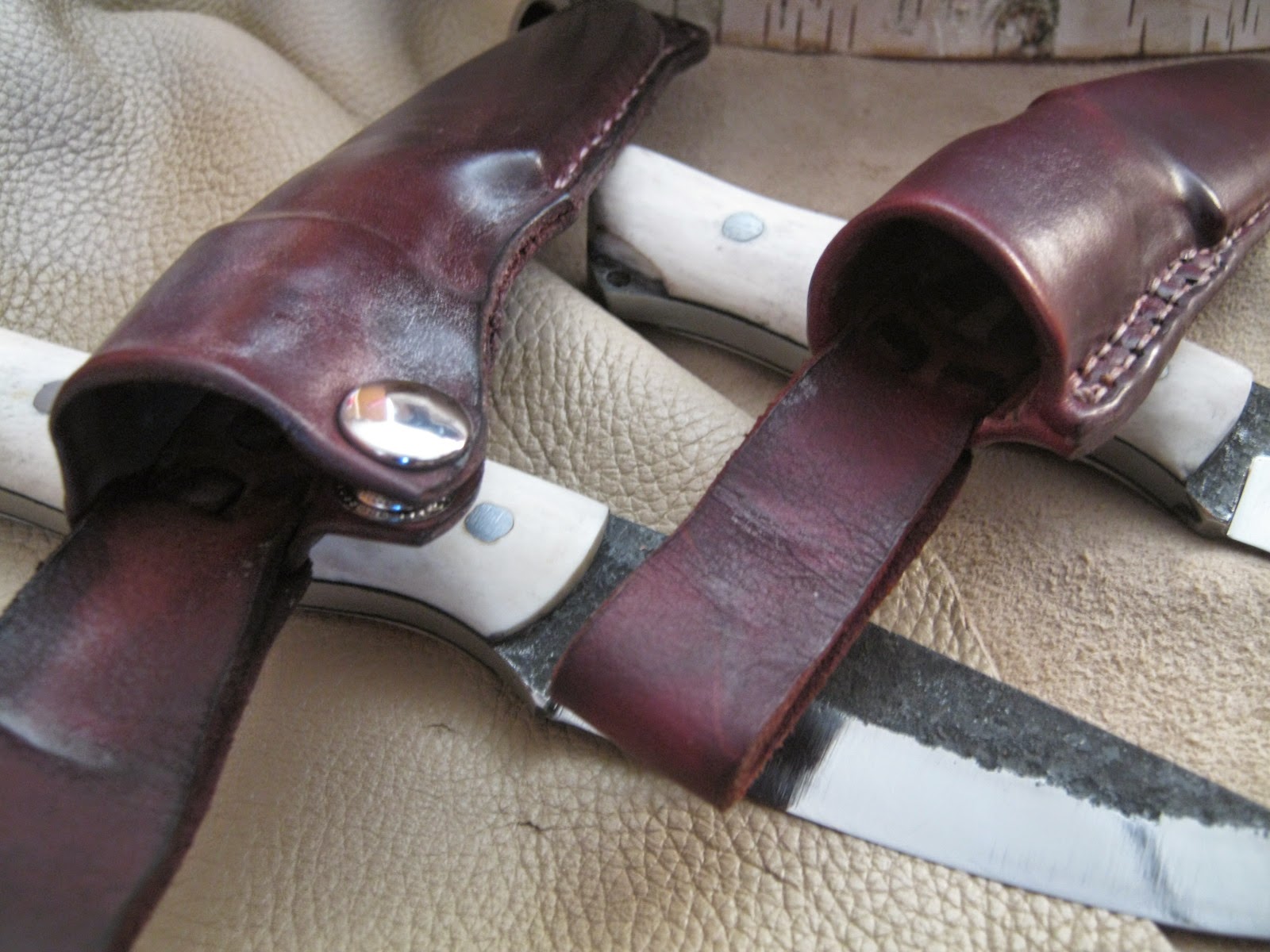 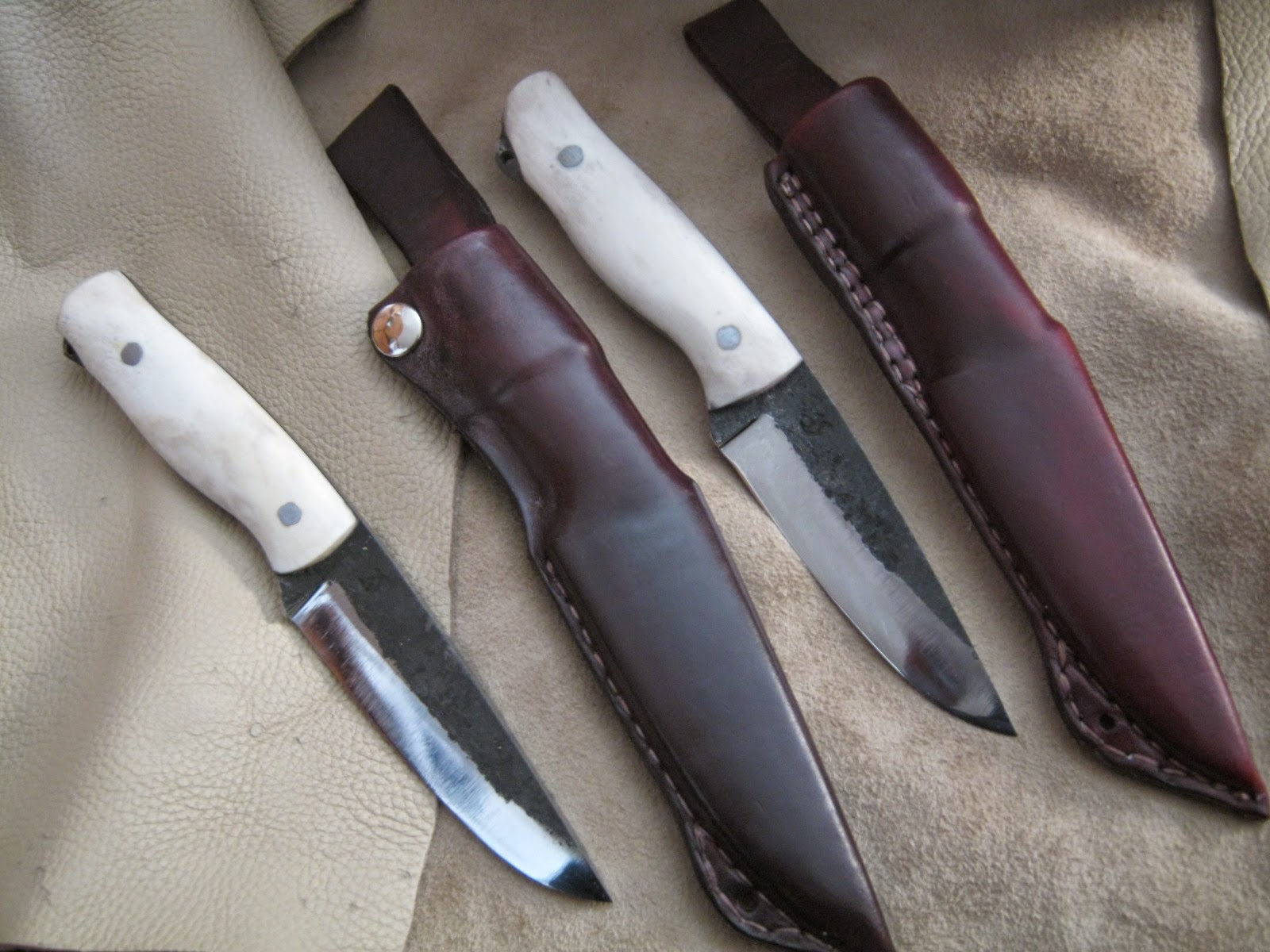 I´ve been testing this sheath which has no snap, about two months. I use knife every single day and I use it a lot. My first "fear" was that the seam in mouth of the sheath, will be cutted. Other thing I was concerned about was the tightness of the sheath. The handle shape and the width of the blade are things which makes it quite challenging to make a sheath with tight fitting and easy to take of.
Both of those things have not been a problem. After two months of using this sheath, I have to say that Im quite satisfied with it!
Sheath was firs quite tight and it was hard to get knife out with using just one hand. After some time of using, sheath looses just a little and there is now no problems at all with the tightness.
Head of the handle makes it possible to make a sheath where the knife is quite deep, like in Finnish leukus. So the knife will not drop from the sheath even if you jump, crawl, run or do other things where dropping your knife is possible.

So now it´s possible to order BushProwler with sheath sewed all the way and no snap.
And of course if you want, I can make a sheath with snap, like before.

I wish you could give me comments and opinions about these sheaths.
I think the knife itself is as ready as it can be, but with the sheath Im not sure yet.
So help me! =D

Kuvien ja tekstien kopiointi sallittu vai kun blogin osoite on selvästi esillä. Muutoin kopiointi vain Ilkka Seikun luvalla.
www.rautasarvi.blogspot.fi
Copying and sharing my texts, videos or pictures is OK if You mention clearly my blogs address too. Otherwise all copyrights only by Ilkka Seikku
www.rautasarvi.blogspot.fi
Fight fire with fire article is still only in Finnish, but I´m going to translate it in English as soon as possible. If Finnish is not Your language, You can watch the videos I´ve made. Just go to that article and see the videos in the beginning!
(yeah, I know..it´s STILL only in Finnish.. )